iMUSC and iMUSC FC proudly present the inaugural iMUSC Cup, where supporters and players come together as one in the name of charity.

The Blackthorn Trust are the beneficiaries of this inaugural event, where the likes of Nathan Paul, Aaron Lacy, Michael ‘Iniesta’ Phillips and the Olorunda brothers get the chance to share a pitch with iMUSC FC legends such as Daryl Roots, Andy Devlin, and top scorer Neil Sallis.

Entrance is just £3 (£2 for concessions) with profits being split between The Blackthorn Trust and iMUSC’s fundraising for MUFC. The bar will of course be open, and the pie man will be around for those of you suffering withdrawal symptoms.

With assorted members of iMUSC FC.

Watch this space for more details! 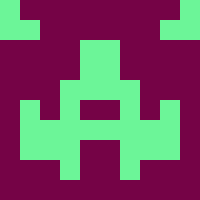 Since the 1920’s Maidstone United has had a strong Supporters Club, run independently for supporters, by supporters that has on numerous occasions down the years made significant financial contributions that have kept this club alive for future generations to enjoy.